(Please note, this article was published in its original form on 21/02/2022. It has since been updated to reflect changing circumstances)

With the deposit of Austria’s instrument of ratification in January of 2022, the Protocol to the agreement on a Unified Patent Court (UPC) has now started. The idea behind the UPC and Unitary Patent (UP) is to create a standard protection for patents across participatory EU Member States via the submission of a single application to the European Patent Office. The prosecution costs for obtaining a European Patent (EP) will remain the same, as it is only the post-grant procedure that will change. When compared with a classic EP, this will potentially reduce costs if protection is needed across multiple EU countries, because you will no longer need to pay for each subsequent national validation, as well as any associated translation fees). It can also be renewed through the payment of a single fee to the EPO.

Any EPC member states which are not included with the Unitary Patent’s territory will still be protected when the EP is granted, by validating the EP in that member state under the current system.  It will still be possible to validate and protect an EP in member states who do not join the UPC under the current system. The intention is similar to the framework for the longstanding EU Trademark (EUTM) and Registered Community Designs (RCD), in that the goal of unification would be to make the application process easier, more cost effective and, eventually, ‘EU-wide’. The new UPC will have jurisdiction over both Unitary Patents and traditional nationally validated European patents, unless they have been specifically opted out from the UPC regime.  Having a single court for infringement and revocation actions should make the process by which a patent owner can enforce the patent across the EU much easier while also reducing, potential litigation costs.

The Unified Patent Court has been in the planning stages for a few years now and has been held up a few times for variety of reasons, often from domestic or national issues within member states such as Brexit or new governments. With Austria’s ratification, as the thirteenth Member State to participate in the provisional application of the UPC Agreement, the entry force clause of the Protocol was triggered. The General Secretariat of the Council of the European Union, in its role as Depository, has now declared that this Protocol has entered into force, marking the start of the Provisional Application Period (PAP) and the birth of the Unified Patent Court as an international organisation.

Practical requirements for the UPC to become operational will be finalised during the PAP. This period is likely to last at least eight months and it is only when State Parties are confident that the Court is functional that Germany will deposit their instrument of ratification. This will trigger the countdown until the Agreement enters into force and will set the date for the start of the UPC’s operations.

There will be several central divisions of the UPC. The locations and divisions of the Court of First Instance are still under discussion, although there are expected to be local divisions in many of the member states as well as a selection of regional divisions that encompass them. Currently only one regional division has been confirmed, covering Sweden, Estonia, Latvia and Lithuania. During the provisional application phase, the UPC is also seeking to recruit and appoint legal and technical judges, many of whom are expected to remain as national judges, at least while the court continues to establish itself.

A so-called “sunrise period” will allow patent holders to opt out their patents and/or patent applications a few months prior to the UPC coming into force.  All granted patents and pending applications will be automatically included in the UPC when it comes into force, as will all EP patents granted after it comes into force, unless they are specifically opted out. Opting out is a fundamental aspect of the protocol in which, during the transition period, patent owners can choose whether or not their EP applications and granted nationally validated EP patents will fall under the jurisdiction of the UPC.  The Unitary Patent will always be under the jurisdiction of the Unified Patent Court. If a patent owner chooses to opt out, they can later withdraw this decision but only if no court proceedings have been brought against the patent, such as those that would tie the patent to being subject to litigation before a national court.  Similarly, if an action is started against a patent in the UPC before it has been opted out, that will tie the patent to the UPC jurisdiction and the patent cannot be opted out.  It will also be possible to opt out EP applications so they are automatically opted out after grant.

Opting out may be useful to avoid an action being started before the UPC by another party as such an action would tie that EP patent to the UPC, preventing a later opt out.  Once a decision has been made to opt out, should the patent owner subsequently decide to opt back in there will be no opportunity to opt out again. The decision about whether to opt out or not is a complex one for any patent owner, whether or not they are expecting to be involved in patent litigation and/or licensing. The predicted workload and expectations for the UPC to function in a procedurally efficient manner are both factors currently being taken into account by parties considering litigation.

For those who wish to opt-out of the system, they will need to register their request with the UPC Registry.  This may be done via the online registration portal for pre-emptive opt-outs, which should become available in the next few months. It is imperative that patent owners take some time to consider the implications of both choices, and assess the benefit of either approach. Opt-outs can only be applied for by, or on behalf of, the patent owner (co-owners must apply for an opt-out together). This also means that licensees have no rights to decide unless such rights have been agreed upon as part of the contractual relationship. As such, licensees must seek to clarify a patent owner’s intentions urgently as it will help them to identify where and how they might be litigating, following unification, should the need arise. Similarly, patent owners should discuss their intentions, because while it remains their decision to opt-out, this could have repercussions on any later disputes, particularly if the decision becomes a contributory factor in the dispute itself.

The implications of a UPC will have potentially far reaching consequences and it is recommended that patent owners give due consideration to the benefits or pitfalls that may arise from joining the system once launched. Such consideration should include exploring the nature and use of their patents and their competition within both current and intended markets. Perhaps most importantly, patent owners should seek to identify whether the benefit of being able to collectively enforce their patents across many participating states would outweigh the risk of those patents being collectively revoked across them. These may not be easy questions to immediately answer but they will have to be addressed soon as it looks like it is only a matter of time before the UPC comes into force.

Zacco has recently formed a UP/UPC Expert Team who are able to handle any and all queries related to this exciting new prospect. Perhaps you are considering whether to pursue unification of your patent families, or maybe exploring whether it makes sense to opt-out of the UPC jurisdiction during the initial (planned) seven year period following launch. Either way, our expert team is in the perfect position to answer all of your questions as well as advise you on your general IP strategy. For more information, email the team at upc@zacco.com or reach out directly to Coreena Brinck, Torbjörn Axelsson, Nils Köster or Anders Fredriksson and they will be happy to assist you.

It is important to point out that all information given in this article is for information purposes only and does not constitute legal advice. Such information is subject to change and, as always, we recommend you seek professional advice before deciding on a particular course of action. Partner, London and South European and UK Patent Attorney (Regulated by IPReg) London In Zacco since 2020 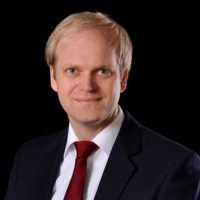 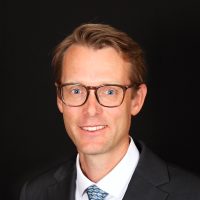